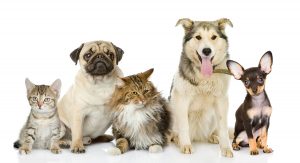 The commitment should last a lifetime

Shortages of toilet paper, flour and puppies have been three indicators that people were spending much more time at home through the pandemic. As the various lockdown periods since March 2020 continue more than halfway through 2021 and beyond, suppliers seem to have responded to the demand for inanimate objects such as paper products and baking materials.

But what is happening to dogs?

Most animal shelters and rescue societies have had very few dogs available for adoption for some time. That’s good news for the dogs if the adopters fully understand that they have made a commitment that lasts for the dog’s lifetime. Some will and their dogs will be among the lucky ones.

Others will change their minds as their circumstances change or when they see just how much time they should be spending training, socializing and exercising their puppy. Then, as the pup grows into teething issues and teenage turmoil, there will be incidents such as a few chewed books and the occasionally damaged couch or gnawed table legs. Other activities such as rolling in who knows what and bringing in its overpowering smell (disgusting to humans, fine perfume for dogs) or digging under the fence can also make that loveable ball of fluff a little less cuddly and loveable — temporarily, at least. 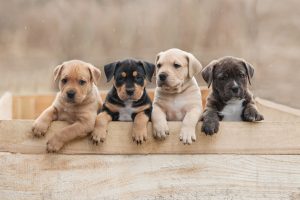 But what happens if the shine of having a canine companion wears off for someone who did not see beyond the idea of having a dog to ease the difficulties of the present isolation? You’ve probably met people talking on their cellphones or occupied with some other electronic device while they are walking their dogs. Or, more accurately, while the dogs are running around but are being given little or no attention by such owners.

How many of those dogs will go from being impulse acquisitions during COVID to becoming shelter dogs a few months or weeks down the road? How many of those pups will be poorly socialized because they did not mingle with other dogs or people during lockdown? How many will suffer separation anxiety after their owners return to working in offices and are gone all day? In other words, how much baggage will they carry with them to new owners, and how great is the risk that they will be rehomed again or worse?

A friend of mine has already left word with her local vet that she will take the first dog a COVID inspired owner no longer wants. That dog will have a good life with a new owner who understands
dogs and knows that careful, consistent training and loving attention are the keys to serenity and stability for the rest of the dog’s life.

Another friend has wanted a dog since the pre-COVID era, but it is only since he has been working from home and will not be away for long hours that he thought it would be fair to bring a dog into his life. He has checked out all the humane societies and rescue organizations in the area but has so far been unsuccessful.  To date, on the few occasions when a dog, often one with special needs, was available for adoption, one of several other applications for the same animal got there first.

Although his preference was to give a rescue animal a home, he is now thinking of buying a puppy and has started checking out breeders. Prices are outrageously high almost everywhere — often three or four times as much as pre-COVID for the same type of purebred or hybrid dog — and, as the demand remains high, more people see a way to make money fast and join the race to become backyard breeders. Many of these breeders are neither reputable nor knowledgeable. Some are allowing bitches to breed too often for their health. Others are even less ethical about parentage or the ways that puppies are produced. Be aware of the horrors of puppy mills in North America and overseas, where adult bitches kept in terrible conditions are bred indiscriminately and are killed when they are no longer useful as breeding stock. In general, even apart from puppy mill cruelty, adult dogs and pups suffer as demand outstrips supply, and potential owners don’t take the time to check on the animals’ backgrounds.

A warning sign if you are at the point of purchasing a dog is not being introduced to the pup’s mother. She should be with her puppies until they are weaned. Another red flag is an advertisement that requires the dog for sale to be the only animal in the home or go to an “adults-only” home. Is this dog a fighter or a biter? Have there been issues in the past?

COVID or not, bringing a new animal into the family is both a lifetime commitment to that animal and a promise to other members of the family (two- or four-legged) to maintain tranquility and spread the love equally.

This entry was posted in Family and tagged pets. Bookmark the permalink.