Crossroads on the Mississippi

At the crossroads of two main highways that go south to Smiths Falls and west to Perth, Carleton Place has successfully evolved over the decades, and now is called home to an extensive and eclectic variety of small businesses, as well as well-known artists and artisans. 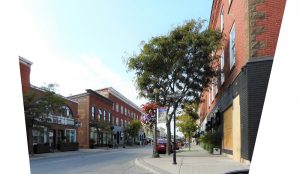 The central core of the town, which straddles a beautiful section of the Mississippi River is an historic remnant with some homes dating back to the early 1800s.The magnificent Town Hall (613 257-6200) at the corner of Bridge and Mill Streets, overlooking the Mississippi River, was completed in 1897 and boasts an old-style concert hall, a grand staircase and panelled council chamber. The original town hall and jail, and later the Victoria School, built in 1872 at 267 Edmund Street, is now The Carleton Place and Beckwith Heritage Museum (613 253-7013),the repository of local history and boasts a beautiful garden with a grass labyrinth. One of the most colourful of the town’s famous sons was Captain A. Roy Brown, a World War I flying ace, who was reported to have shot down the Red Baron. The Moore House, at 170 Bridge Street,
built in 1873, is the Roy Brown Museum, information centre, gift shop and the Carleton Place Chamber of Commerce (613 2571976), which
offers self-guided historic walking tours. A host of murals depicting Carleton Place history adorn buildings around the town. 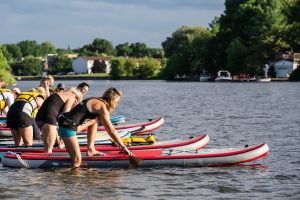 With so much to see and do, Carleton Place offers several interesting places to stay. Baron’s Motor Inn (613 257-4002), 10451 Highway 7, has
comfortable guest rooms, in-room coffee makers and high-speed internet. WiFi, coffee makers and more are available at the 7 West Motel (613 257- 5666), 10470 Highway 7. Private suites with kitchenettes are available at the Riverbreeze Inn (613 253-3310), 254 Lake Avenue West. The magnificent old Mississippi Hotel, built by Napoleon Lavallee around 1872,is now the The Grand Hotel (613 4921566) 7 Bridge Street, and boasts The Carleton Room, a fine dining restaurant and the Smith and Barrel Pub & Eatery which offers unique adaptations on Gastropub fare in an atmosphere of Old English sophistication. 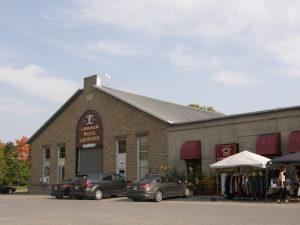 The Mississippi Mudds (mississippimudds.ca) are an active theatre company who perform theatre, youth theatre, pantos and musicals in the historic Town Hall.

Community organizations are very active in promoting local events. At the end of May, Wine’d Around Downtown encourages guests to “wind” their way from one restaurant to another in the downtown area, sampling wines and appetizers. The Classic Car Show takes place in Riverside Park at the end of June. Carleton Place celebrates Canada Day in Riverside Park also. In early July, the Annual Scottish Heritage Tattoo takes place at Riverside Park. The Bridge Street Summer Fest (613 257-8049) at the end of July encourages guests to discover downtown. Dozens of wild, wacky and traditional scarecrows adorn the downtown streets in the annual Scarecrow Display in late October at the same time as Pumpkinfest. The Santa Claus Parade takes place at the end of November. 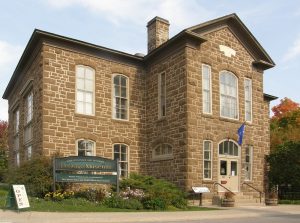 Take a little extra time when you go to spend a day or more, and you will experience a superb welcome from its inhabitants. This article cannot possibly describe all of the places to explore and the wonderful scenery you will find around this town on the Mississippi River; you will have to come and discover them for yourself! The Carleton Place Chamber of Commerce (613 257-1976), 170 Bridge Street, and Downtown Carleton Place (613 257-8049), 136 Bridge Street, can provide you with more information on the area. Because of seasonal business and the COVID crisis, it is wise to call ahead